Which PPC Ad network is right for your brand?

Now that we’ve already built your knowledge around what PPC is and how it works and also its benefits, it’s time to know the top 5 PPC advertising platforms that are good for your business.

Note: Never at any given time can two ad platforms be exactly alike. Deciding where to invest in advertising can depend on several factors like:

This way, as an advertiser you’ll have the ability to gain massive reach to potential customers across audiences and online behaviors.

Here you’ll learn about the following:

These are the biggest players in the game. Their global reach is practically undeniable.

Google has a phenomenal 78% market share of the global PPC ad market.

Google states, “Google Ads display ads appear on over two million websites and in over 650,000 apps, so your ad can show up wherever your audience is.” Targeting on the display network includes remarketing, in-market audiences, similar audiences, and more.

Microsoft Ads has tools for advertisers to import campaigns from Google Ads, simplifying the process of getting started. They have a 36% market share in the US, and 20% in the UK.

Pricing: CPC model based on the competition and ad quality.

Pinterest has 200 million active monthly users researching trends, ideas, and products, and many of them are looking to make purchases.

Mobile: Ads in the feed of the Pinterest app.

The top ad network for social media platforms. They offer a PPC ad network with some incredible targeting potential.

Reach: 1.62 billion people use Facebook every day! There are 2.62 billion registered active monthly Facebook users, across the globe.

Add Instagram into the mix and that’s an additional 1 billion monthly users.

Ad formats: With Facebook, ads are targeted to users based on things like their interests, location, and factors such as age, education level, or even behaviors.

Facebook’s PPC ads can appear on:

Pricing: Cost per the desired action, based on the bid, estimated action rates, ad quality.

Twitter and its CPC ad network, Twitter Ads, is an effective advertising platform for brands looking to gain traction in the social arena.

Twitter is still one of the most popular social media platforms, which also makes it a very effective PPC ad network.

Reach: 330 million registered and active monthly users is pretty solid. 64 million of these are in the USA, 48.5 million in Japan, and 23.5 million in Russia. Rounding out the top 5 are the UK with 17.7 million and Saudi Arabia with 15 million.

Ad Formats: As a social media network, there are several ways you can promote your brand on this ad network:

Mobile: Ads in the feed of the Twitter app.

LinkedIn is the leading social media platform for professionals.

Reach: Linkedin has over 575 million registered users worldwide, with 260 million of those active monthly. Around 44% of all Linkedin users take home over $75,000 per year.

Ad formats: The staple of all social media networks is the sponsored post, which is of course an option here too.

Mobile: Ads in the LinkedIn app and LinkedIn Audience Network.

Pricing: CPC model based on the competition and ad relevance, CPM, Cost-per-send (CPS).

Pricing: Cost per the desired action, based on the bid, estimated action rates, ad quality.

When it comes to choosing the best PPC ad network for your marketing requirements for your brand, there are plenty of choices.

Know of any other popular platforms that I haven’t mentioned? Please share in the comment section below. 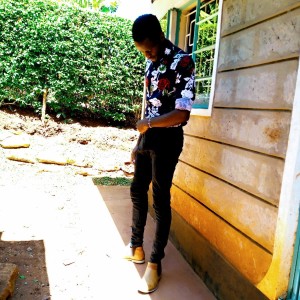 A Bachelor of education arts student turned Digital Marketing Specialist, SHADRACK BIWOT is a certified digital marketer & consultant. He founded SemaSEO to help youths discover their unique strengths & turn their talents into profits online. He offers subscribers of SemaSEO a free digital marketing startup kit to help them venture into digital marketing from scratch. He'd love to connect with you on Twitter @SemaSEO21 or Instagram @sema.seo. Need any extra assistance with your business? Don't hesitate to get in touch with us at admin@semaseo.info for more information on what we have to offer.
All Posts »
PrevPreviousBAKE Officially Announces BAKE Awards 2021
Next7 Best Affiliate Programs for Kenyan BloggersNext